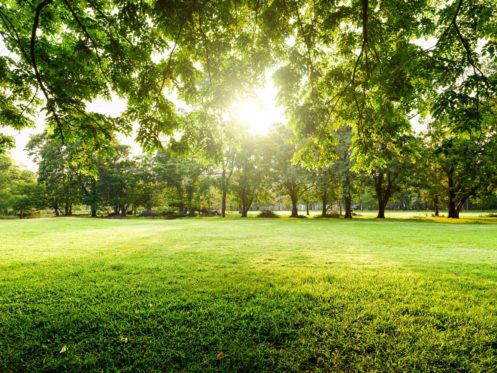 An air conditioning unit can cause air pollution. This is because this technology uses a lot of energy, causing emissions to be released into the atmosphere. Air conditioners are typically used in warmer climates. They don’t always work correctly when the temperatures are high, so some pollution may get released even if you aren’t using your AC for an extended period.

Air conditioning units consume a lot of energy, creating pollution in the form of greenhouse gas emissions. They are referred to as greenhouse gases because they are released into the atmosphere, which in turn causes a planet’s warming. These greenhouse gases lead to global warming.

The excessive use of air conditioners also contributes to the depletion of fossil fuels. Consequently, the demand for more fossil fuels increases, leading to more greenhouse gas emissions. Fossil fuel consumption is also associated with acid rain because many pollutants are released when fossil fuels like coal and oil are burned.

Old AC systems should be disposed of properly because they may contain chlorofluorocarbons that can harm the ozone. CFCs are also known as ozone-depleting substances and are used in many air conditioning units. According to the EPA, CFCs are no longer used in new air conditioning units because of their detrimental effects on the stratosphere.

It has been established that CFCs can be found in many air conditioners and other appliances that use them as coolants. The EPA states that these substances can be harmful to the environment because they deplete ozone content in the atmosphere at a higher rate than they are naturally being replaced by ozone.

Air conditioning units are made of various materials that may damage the environment. Most of these materials have been used for decades and aren’t always recyclable. These materials include copper, fusible metal, plastics, and many other materials. Aluminum and steel are also used in air conditioners that contain substantial amounts of depleting elements such as lead and cadmium.

There are a lot of air conditioners that are disposed of improperly. This is because people don’t know how to get rid of them. If you live in an area with a disposal collection service, you can give your unit to the collection agency. However, if you don’t live in an area with such services, it may be best to dispose of your AC yourself by taking it to a recycling center or by calling the company that made your AC and asking how you can get rid of it properly.

The ducts used to transport the air from the outside to the inside of your home can be a breeding ground for bacteria and mold. Mold is present in most homes and needs to be destroyed. If it is not destroyed correctly, it can spread to other parts of your home. The ducts must be cleaned regularly so that mold doesn’t spread to other areas. Although this isn’t directly caused by air conditioning, air conditioners increase humidity, making mold easier to grow.

It is possible to reduce the pollution caused by your air conditioner by taking a few steps. By properly maintaining your AC unit, you can help reduce the number of emissions released into the air. Reducing the amount of energy used when running your AC unit during high heat seasons will also help reduce air pollution. At Sturm Heating & Air Conditioning, we help with installing and maintaining your system in Spokane, WA.

Air conditioners create a little bit of pollution, but the accumulation over time can become very significant. However, when used properly, air conditioning units can help reduce air pollution. We offer heating and cooling services, including installations, repairs, and maintenance services for ACs and work on heat pumps and boilers. Contact Sturm Heating & Air Conditioning today for more information.